In 2020, the FIDE Trainers Commission (TRG) organized a total of 21 FIDE Trainer Seminars, by region and language, usually direct, but some cases with help from a local co-organizer.

From Q2 2020, with the sole exceptions of Ukraine Deaf Seminar and Russia’s Belaya Ladya, all seminars were held online.

Languages were: Spanish, English, German, Russian, Arabic, French and Portuguese and .we took advantage of the online format to involve as many as 42 different and subject expert lecturers, including 4 world champions.

Our total was 732, the average number of participants per seminar 35, but when online it was 40.

As a comparison, in 2019, there were 38 seminars, of which 34 which were Federation organized (old model), the total number of participants was 902, with the average 24.

The extraordinary role played by the Asia Chess Academy is explained by it being a FIDE Regional Academy appointed by Asian Chess Federation for their continental funded training initiatives.

And the seminars for Africa were organized by TRG for the African Chess Confederation. 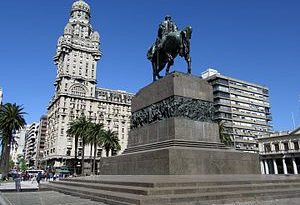 Results of the FIDE Seminar in Montivideo