Our work in the last quarter has been consistent with our primary tasks and responsibilities as stated in the regulations as approved at the previous FIDE Council Meeting:

1.2     TRG work is both technical and administrative, and so is tasked with the development and implementation of all FIDE training programs and activities where TRG also reviews and gives its consent to continental and national trainers activities funded by the FIDE Development Fund.

Please note that as in 1.2. we have taken on new responsibilities which help explain some of the work we are now doing – summarised in this report – but here already will mention development starting with FIDE Chessable Academy and providing a framework to PDC for trainer seminar funding.

We will first share our current activities (giving the status and where possible any key accomplishments) and then inform of our priorities (objectives and targets) for the rest of 2021.

The FIDE Council is also asked for approval to add the financial obligations of academies to the regulations as given as an Annex.

This has of course been our primary focus in the past few months, and we are happy to report that classes have started as scheduled on 3 July after an orientations and opening ceremonies were held on 26 & 27 June as published here: https://fide.com/news/1175

“We are very happy with our collaboration with Chessable and the Play Magnus Group and our aim is to deliver the best coaching to the most talented young chess players around the world. Both of us are lucky. On the side of FIDE, together with Chessable, we have a chance to combine the coaches under the umbrella of our Trainers’ Commission with the young chess players who we believe is our future, the next generation to dominate the chess arena for the next decade and even more.”

For this program we invited two nominations between 8 to 16 years of age, one boy and one girl, from each Federation, also the top 5 boys and top 5 girls from each age group and the winners of the World Youth Championships in 2019.

Players are organised into ten groups, based broadly on ratings, six in English and two each in Russian and Spanish.

In phase one, of what is expected to be a three-year program, the two months of July and August, we have 231 participants (almost equal number of boys and girls) representing 94 Federations.

As a percentage of Federation participation, we have 71% of ECU membership, 50% of ACF membership, 44% of CCA membership and 25% of ACC membership.

In August we will be giving a second chance for Federations which have not yet registered for the program, and we have directly authorised in the case of ACC, a full mandate to make up the numbers including direct nominations.

We here acknowledge both the sponsorship and pro-active role taken by Chessable.

A pre-requisite for lecturers for FIDE Chessable Academy is to have the FIDE Senior Trainer title and ideally to also be Grandmaster with exceptional credentials.

Priority at the start has been given to long serving and active TRG official seminar lecturers, all who are eminently qualified, but we also welcome other qualified applications as we want to offer a wealth of knowledge to participants.

The FIDE Trainer Awards has again been a success, now with medals and specially designed certificates being awarded.

For trainers, the results is published here: https://www.fide.com/news/1075 and we below we also give the list of the winners for 2021:

Sergey Zagrebelny (RUS) has been chosen by the judges for the Mark Dvoretsky Award for the best achievement by a trainer in junior events.

Yakov Geller (RUS) is the winner of the Samuel Reshevsky Award for the best achievement by a junior prodigy (U-14).

Xie Jun (CHN) wins the Yuri Razuvaev Award for her special contribution to grassroots education, and the social impact of her work.

Ye Jiangchuan (CHN) gets the Tigran Petrosian Award for his special contribution to trainer education.

The FIDE Asia Chess Academy in Amman, run by Sami Khader (JOR), gets the Vasily Smyslov Award for the best chess academy.

Melikset Khachiyan wins the Liu Wenzhe Award, a recognition to the figure of the “first coach”, as endorsed by one or more leading chess players.

Berik Akkozov (KAZ), of the ABChess Academy, is the winner of the Online Chess Training Award, for delivery or innovation in online chess training.

The awards for books will be announced on 21 July, with the short list having been expanded to eight books at the request of the judges due to the exceptional high quality of the entries and is published here: https://www.fide.com/news/1153

“After long deliberation, the judges have now narrowed their choices to eight books that you will find below:

The shortlist also includes Elk & Ruby’s Masterpieces and Dramas of the Soviet Championships: Volume I (1920-1937) by Sergey Voronkov, Russell Enterprises’ The Life & Games of Vasily Smyslov. The Early Years: 1921-1948 by Andrey Terekhov, and Thinkers Publishing’s Your Jungle Guide to Chess Tactics: Sharpen Your Tactical Skills by Peter Prohaszka.”

At the start of 2021 we planned for most trainer seminars to be held in the second half of the year, primarily for underserved countries, with as many as eight agreed together with the Asian Chess Federation and the African Chess Confederation, in English, Arabic, Russian, French, and Portuguese.

CCA and ECU have not asked for any FIDE funding for seminars in 2021, their priority perhaps being Chess in Schools, and so TRG will directly organise.

In Americas, we had one record breaking success in Spanish held in 2-4 April and we will have a second in 1-3 October. We are also planning three more, in English, for North America and the Caribbean regions.

Europe has already seen two seminars held in Russia thanks to sponsorship from CFR and one more organised by at Tier 1 FIDE Academy in German held 9-11 July.

The next seminars planned is one by another Tier 1 FIDE Academy in July together with the Arab Chess Federation, and then mainly directly by TRG, starting with England (UK and surrounding European countries) 3-5 September, and then likely Scandinavia.

We are very happy to report that IT has largely managed to resolve the issues raised and we now have a trainer database.

Reporting functions are however still very rudimentary and we hope that resources will be made available in the coming quarter to take away the dependency of IT having to manually do this, with all understandable limitations.

Our hope is to soon have a full picture of the real trainer title and licence status.

License certificates are now being issued and have been well received – by those who find them useful in some way – but they need to be more universally accepted and we are still far away from developing benefits to our trainers beyond awarding a title and offering a form of accreditation, but at the minimum it has to be tangible help to do their work better. To progress, this is a key area TRG will have to look into.

TRG has started to receive requests from FSTs to be given lifelong licences providing proof under “free for 25 years of work as trainer” regulation change and some with title and having left the system have also expressed interest to reactivate their licence under this category.

From August we will have a program to engage all FST title holders to see if they qualify and to invite all former world champions to become FST.

We have 40 FIDE Endorsed Academies but unfortunately not all are in compliance but TRG has of course been very sympathetic when they have difficult times.

The good news is we are beginning to see some recovery with some.

From September we plan to communicate with all (and any new approved by the FIDE Council) to determine their category aspirations for 2022 membership, to agree a timeline to qualify for their desired “Tier” and in doing so have full understanding of rights and obligations.

We have also, after getting a lot of feedback, have broad agreement to a fee structure that is proposed to be added to regulations as in Annex 1.

COURSES FOR TEACHING CHESS TO THE DISABLED

We have agreed to take the lead, to support the work of DIS, by developing courses to teach chess to the disabled.

In two months, two groups of passionate volunteers, from Africa, Americas, Asia and Europe, all who have a great deal of expertise and experience, have generously shared their own teaching materials and are weekly meeting to develop best practices.

This is also planned to be used to also support FIDE social initiatives, and so our first course will be for those with learning disabilities. From the progress, we are optimistic to have this in ready and tested in the next few months.

TRG has now over a hundred hours of usable video content of from our seminars from 2020 and we are also collecting the same from FIDE Chessable Academy, with lecturers’ agreement we can use for promotional and non-commercial educational and training purposes.

Ideally, we work with select FIDE Endorsed Academies and this can be possible in 2022 with Tier 1 and select Tier 2 & Tier 3.

This work is also a priority for TRG in the second half of 2021. 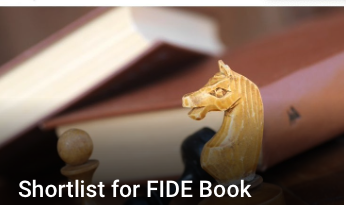 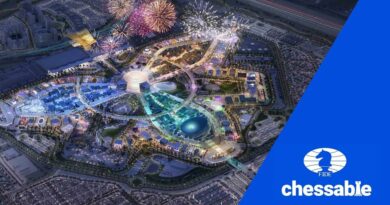