A record-breaking FIDE Trainers’ Seminar with unprecedented participation of 82 participants from 14 countries addressed middle east trainers during the period from 24th to 26th of July, 2022.

The online seminar, organized By the Asian Chess Federation in Association with Asia Chess Academy under the supervision of FIDE, witnessed a grand gathering of a group of the best trainers of all time; GM Artur Jussupow, GM Alexander Khalifman, GM Aleksey Dreev, GM Ivan Sokolov, and GM Vladimir Malakhov.

In his speech, FIDE president greeted the participants from Chennai, India, where the chess Olympiad was to soon take place. He addressed FIDE individuals’ acts in celebrating, organizing, and enjoying the chess festival on the table.

Mr. Dvorkovich expressed his belief that FIDE’s collaboration with Asian Chess Federation had helped national federations achieve good results, as so many coaches from around the world could join the seminars and improve their levels using the expertise of their great lecturers.

Mr. Dvorkovich promised to continue FIDE’s efforts and support to raise a new generation of coaches and chess players in all national federations around the world.

The Managing director greeted all attendees and congratulated them on one of the greatest seminars of all time. She expressed her satisfaction of the seminar both quantitively and qualitatively for it had broken the record of 70 participants achieved only 3 times in history, and for gathering a group of lecturers she considered some of the best of all times.

Ms. Dana also thanked the partners ACF and ACA for she believed they are pillars without whom it wouldn’t have been possible to cover the region and promote the quality of the products of the trainer’s commission.

Ms. Dana emphasized on the importance of streamlining the future seminars, where content of each seminar shall be announced ahead. She also declared a plan of suggesting works to be submitted by trainers to revive their titles after receiving them.

Ms. Dana also promised to diversify seminars’ languages with the needed support to help clarify any inquiries by participants who had faced difficulties with English. Asian Chess Federation General Secretary, welcomed the participants and delivered ACF congratulations to them. Mr. Al Taher also thanked the respectful lecturers, and promised to proceed with ACF efforts in planning new events to develop chess in the continent.

We have received a number of appeals and careful consideration have been given to each, and adjustments made as appropriate.

The title recommendations are now final. 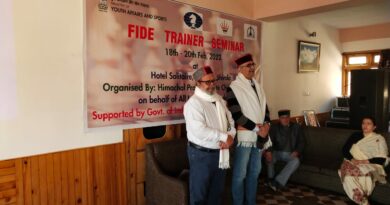 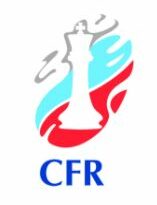