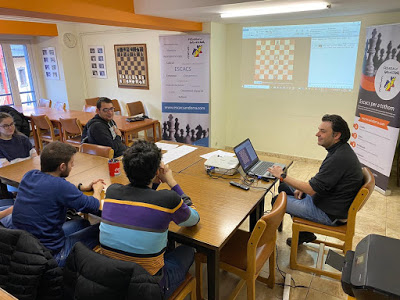 The last weekend of November, 29, 30 and December 1, a  FIDE Trainers Seminar was held at the GEVA Chess Club (“Grup d’Escacs Valls d’Andorra”) in Escaldes-Engordany.

This seminar, which was supported by the Andorra Chess Federation (FEVA), was taught by the lecturer, FT & GM Oscar de la Riva Aguado.

It was attended by 10 participants, including two IMs and one MF together with experienced players and other young players interested in training.

The course dealt with various aspects, such as chess in schools and their benefits, the ABC of coaches, preparation for openings, learn from classics games, tactics and finals.

All students were very interested and contributed various aspects about their experiences. The discussions were lively and interesting from which everyone benefited. A very profitable course that insurance has been very beneficial for future trainers! 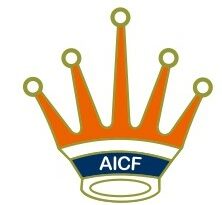 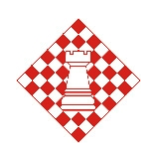